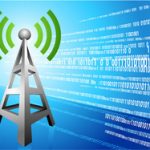 It’s true for all well-known business people, authors, speakers, consultants and others, who are successful and have influence within their spheres. They all have this in common:  Action. They take action and they do it quickly — even when they’re not sure how they’re going to accomplish whatever the goal or objective is.

This post is not about goal setting. Heaven knows there is plenty advice out there about that. It is, however, about clarity, and what can sometimes stand in the way of that.

Deciding what we want, making a plan, and taking action is what needs to be done–whatever it is that you want. You see, with clients who are in the process of building their influence, there is a tendency to avoid the most important things that need to be done. Sometimes the avoidance is due to overwhelm, sometimes it’s because there just doesn’t seem to be enough time, sometimes it’s because they’re having trouble figuring out what they really want, but most often it comes down to fear.

But fear is tricky. Sometimes it masks itself as boredom. Sometimes as confusion. Sometimes as disinterest. And if you’re lucky, you feel it as fear. If you feel it, you can heal it, as they say. When fear is hiding, it’s more difficult.

So how do we get beyond any fears, however they’re disguised, and move into action? Great question.

1. Identify it: Are you actively going after the things you say you want? If not, it could be fear is stopping you. Really take a look at this.

2. Remember that it’s all in your head: You’re inventing it. If a lion is chasing you down the street, then fear is a totally appropriate response. If, however, you’re avoiding learning how to do video, or attending sessions on media training for doing interviews, or you’re hesitant to conduct cold calls, then that fear is all in your head.

3. Challenge it:  Ask your self this question: If I didn’t feel stuck, or frustrated, or overwhelmed, or fearful, would I go after my dreams? Is this fear in my head really stopping me?

4. Try a new mantra: One of my favorites when I was learning to conduct cold calls as a publicist was, “Oh, what the hell!” I would pick up the phone and call a producer at The View or Oprah. It got easier, but initially when I was first starting out, it was a little scary.

5. Pretend you’re someone else: Pick a person you know who could easily do what you’re scared to do, or think of a celebrity who would never hesitate to do what you want to do, and pretend you’re them. As the famous slogan says, “Just do it!”

I just got re-licensed as a Master Practitioner of NLP (Neuro-Linguistic Programming) and learned all kinds of tips and techniques for getting over and through fear. You don’t have to stay stuck. You can move beyond it and into action as so many of the thought leaders have done. Brian Tracy, Ken Blanchard, Dave Ramsey, and Geneen Roth have had moments of fear — we all have — but they challenged it. Then they learned from it, and moved on. This is something we can all master in order to create the life we want.

How National Media can Improve Your Reach and Visibility in New Markets
Top Tier National Media – Is it still relevant?
Happy New Year! May 2017 Be One of Your Best Years Yet!
Top 7 List of the Biggest Mistakes Writers and Authors Make and What to Do Instead

Contact me if you have any questions or just to say hello!

Let me provide the specialized training and the confidence you need to help you land the big players: Top tier national media.

You'll get valuable success tips that will help you get more media coverage.