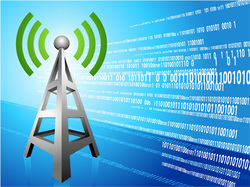 We’ve all heard the cries that the media is dying but is that really the case? Yes, things are changing, forms are changing, viewing habits are changing, the devices we use are changing, but the truth of the matter is that media has been in the process of integration for a number of years now, and they’ve reinvented themselves.

It isn’t dying and those who say it is aren’t keeping up. (I know, those might sound like fighting words, but I don’t mean it that way. There was a time when “old media” and “new media” meant something. Those days are over.)

Think of it this way. You’d be very hard pressed to find a magazine without a major online component or a television station that isn’t showing news segments or other programming on their websites, or radio stations that aren’t uploading programming in the form of podcasts. Media is integrating.

So what does this mean for you?

When it comes to doing a publicity campaign for your business, book, product, service or cause, then it’s to your benefit to take advantage of all the media opportunities you can –both within your social networks and with legacy and digital media.

Plus, having major media is still pretty cool. All those big brand media logos would look great on your website. Imagine those who see them. The first thing they’ll think is, “Wow. This person is truly an expert,” especially if the media listed is an outlet they consume, e.g., NPR, The Today Show, the Daily Show, Charlie Rose, etc.

There’s just one thing though. Top tier media is still very challenging to land. You have to have a great message, a compelling hook and angle,  credibility, and the contacts, among other things.

So, how do you connect with Media?

Pay attention and create a list of who covers your topic. A simple Google search can do much to reveal this. Is a competitor of yours getting media coverage? Make a note to reach out to those contacts. Google your topic and hit the “news” feature. Create a Google alert on your topic.

A second way to connect with media:

Social Media. Once you find media who cover your topic, find them on Twitter and follow them. If you’re one of those who says, “But I hate Twitter!” then you don’t have to, but do consider that you may be missing a great opportunity to get to know the media person by checking out his or her twitter feed. With Twitter, they don’t have to accept an invitation for  you to be able to follow them. They most likely won’t accept your invitation via other platforms because so many people are trying to get access to them.

A third way to connect with media:

Media databases. These can be expensive, but may be worth the investment depending on your goals and objectives. The biggest one out there is called CisionPoint, and they have both national and international contacts.

A few other tips to remember when it comes to connecting with media:

·         Be professional and not overly personal in your initial approach

·         Take notes and remember what you learn about each contact

The main thing to keep in mind is that finding, hooking, and working with top tier media isn’t rocket science, but it does take some skill.  what used to work may not work anymore, so being flexible in your approach, experimenting and trying new things can produce great results.

And if you want to know how media savvy you are at this point in time, take this little quiz to find out …   How Media Savvy are You Quiz .

Media insider and veteran publicist, Joanne McCall, knows how to capture the attention of national media. On a first-name basis with hundreds of top-rung producers, editors, writers, and journalists, she secures coverage for clients including Brian Tracy, Ken Blanchard, Dave Ramsey, Andrea Lee, Suzanne Falter,  The Deepak Chopra Center for Wellbeing, and the founder of NLP, Dr. Richard Bandler.

Media Coverage: It's Not About You
How to Land Top-Tier Media
Shhhh....It's Time for Some Publicity Secrets
Authors Who Travel--A Wonderful Resource

Contact me if you have any questions or just to say hello!

Let me provide the specialized training and the confidence you need to help you land the big players: Top tier national media.

You'll get valuable success tips that will help you get more media coverage.